3 paintings by John Davis Carroll are in "Islands of the Mind - International Art Exhibition" in Taiwan curated by Tracy Hsu. The first showing will be in Tainan City November 29th – December 15th 2013. The second location will be on the island called Kinmen, which is just off the coast of China's mainland (Taiwan controls) February 6th – 20th 2014.

Below is more detailed information: 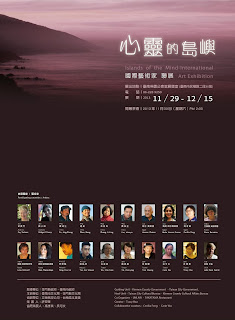 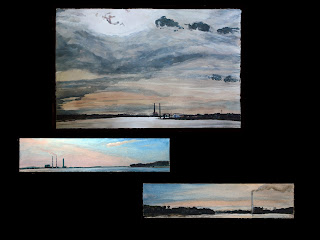 Posted by john davis carroll at 7:21 AM No comments:

UrbanSuburban: Sustenance and Abundance exhibition and art auction at the Epsten Gallery at Village Shalom

"Tanks on the Missouri" oil on wood 8" x 18 1/2" was donated in support of the Epsten Gallery at Village Shalom. An image of the painting is on the cover of the catalog.

UrbanSuburban: Sustenance and Abundance exhibition and art auction at the Epsten Gallery at Village Shalom

The auction is Saturday evening, October 26 starting at 7:00 p.m. at Epsten Gallery at Village Shalom.

Posted by john davis carroll at 9:12 AM No comments:

This video is of me talking about my artwork in 2011 when I was awarded a Studio Residency sponsored by the Charlotte Street Fund "Urban Culture Project" in Kansas City. Click on this link: http://vimeo.com/20341655
Posted by john davis carroll at 7:15 PM No comments: 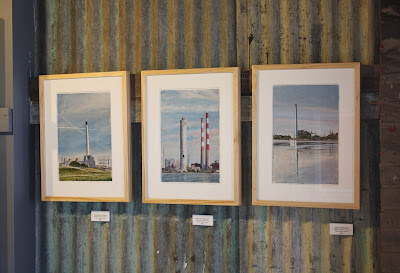 Watercolor and Gouache on Paper 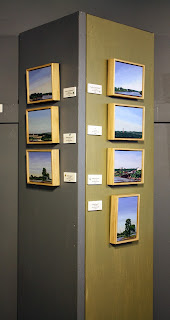 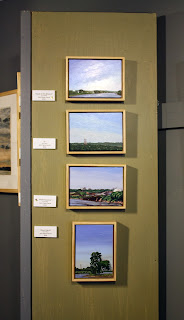 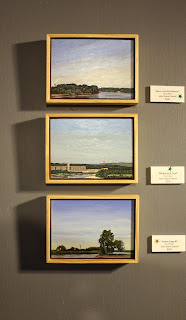 
Artwork of Russia from the show "Near & Far" 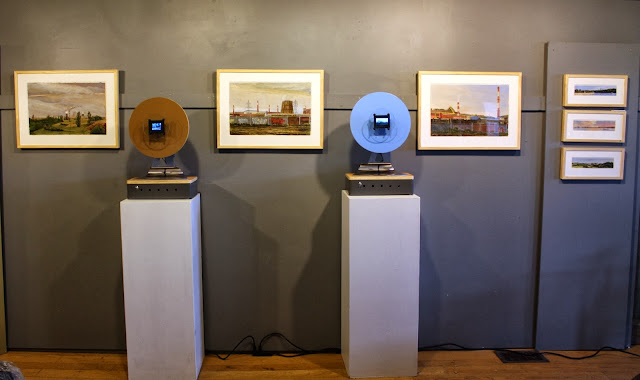 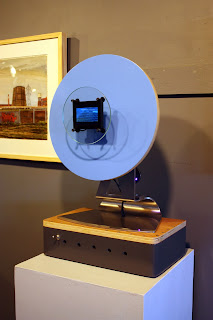 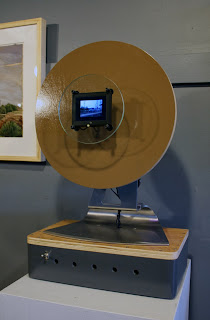 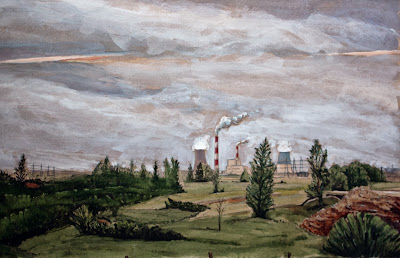 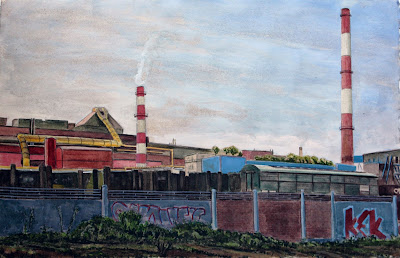 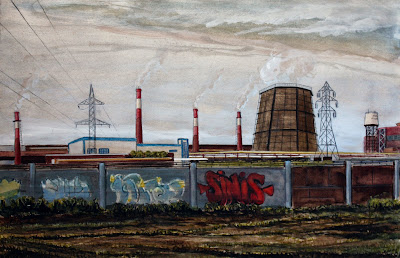 "Near and Far" exhibition of recent artwork of the Midwestern region and Russia. October 4th to 26th 2013. Location: Late Show 1600 Cherry Kansas City, Missouri 64108 816-474-1300. Opening is October 4th 6pm - 10pm. The show is mostly Watercolor & Gouache on paper with a few video constructions and oil painitngs.
For those of you out of town, please continue to check my website this week for updates of images as I get them documented and posted: www.johndaviscarroll.com

Posted by john davis carroll at 7:36 PM No comments: 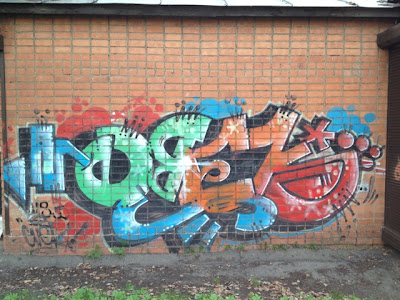 граффити - Graffiti has a universal language. I'm not convinced that is a good thing in relation to the art world. In Russia like all places, graffiti can be great art, have a strong message or like a dog pissing on a wall. By it's nature it can be considered vandalism and have anarchy tendencies. At it's best it can give people new insights and create change.
Below are ancient graffiti scratches now at the Hermitage Museum in Saint Petersburg, Russia. They are from the later half of the 3rd century BC and were discovered in southern Ukraine on the Black Sea. Scroll down to see various contemporary examples of artist and tagger graffiti that I photographed in Russia. 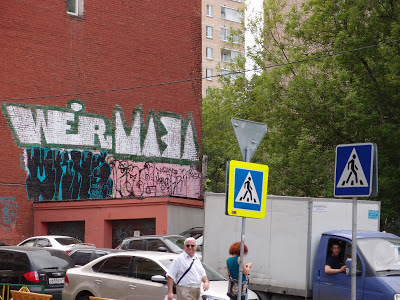 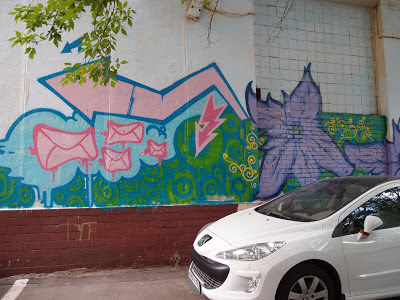 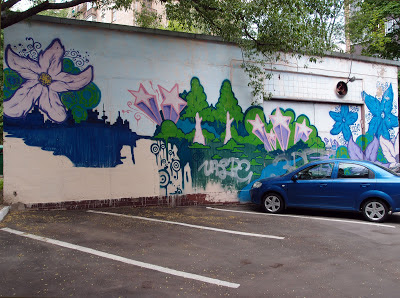 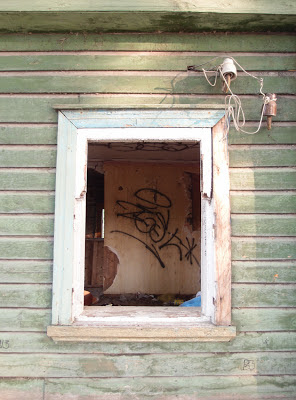 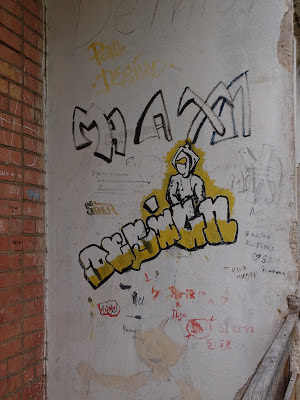 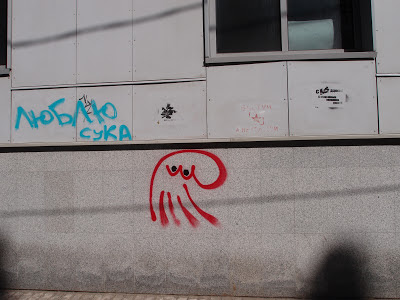 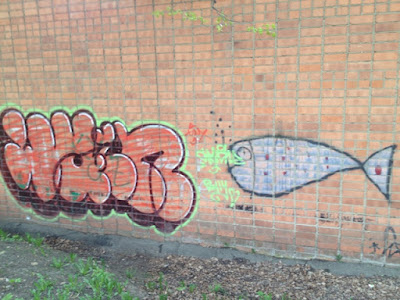 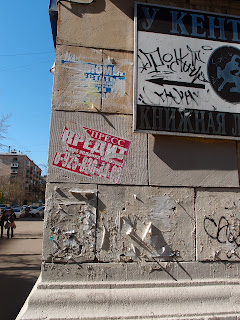 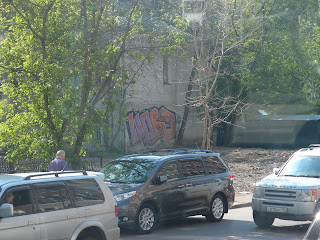 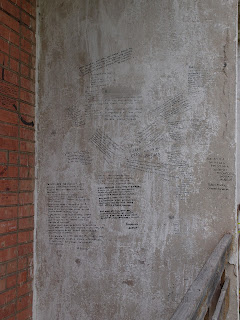 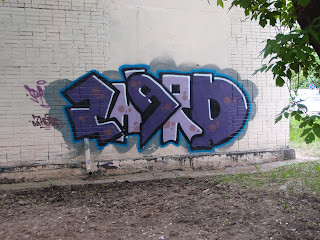 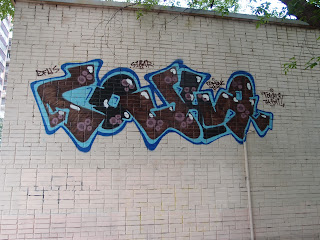 Moscow
Posted by john davis carroll at 10:03 PM No comments:

Paul Gauguin "What? are you jealous?" Been waiting 26 years to see this painting. 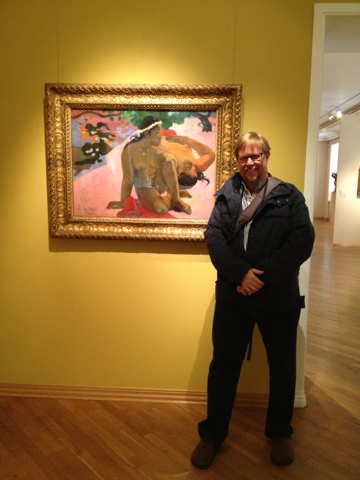 Posted by john davis carroll at 11:08 PM No comments:

A working list of art movies and documentaries on Netflix streaming.

Anyone have admissions or omissions, feel free to comment.

The Woodmans
This documentary profiles the Woodmans, and their reaction to the suicide of daughter Francesca, whose sexual photographs established her legacy.
Cutie and the Boxer
A 2014 Oscar nominee for Best Documentary Feature, this film explores the symbolic relationship of artists Ushio and Noriko Shinohara.
This documentary gives a realistic depiction of an artist's life in New York City who is persistent and passionate. For me it brings back the unique hardships, wonderment, joy, tragedy, atmosphere, smells and sounds that can only exist there. If want idealism watch something else.

Russian Ark - An ode to the Hermitage. This is as close you'll get to visiting the museum without going yourself. A time traveling, first person continuous jaunt. Quite remarkable.

Art 21: Art in the Twenty-First Century - Short documentaries
The experience of viewing art moves from static to dynamic as this PBS series takes its audience into the studios of contemporary American artists.

Art of the Steal - Documentary
A gripping tale of intrigue and mystery in the art world, this film traces the history of the Barnes collection of Post-Impressionist paintings.

A Model for Matisse  - Documentary
Explore the friendship between Henri Matisse and Sister Jacques-Marie, the Dominican nun who inspired him to create some of his best-loved works.

Picasso Braque go to the Movies - Documentary
This art-filled documentary explores the connection between cinema and the Cubist paintings of Pablo Picasso and Georges Braque.

Jean Michel Basquiat - Documentary
Artist Jean-Michel Basquiat is the subject of this insightful documentary featuring a never-before-seen interview conducted before his untimely death.

Basquiat – Movie
Jean-Michel Basquiat rose in New York's art world, but he held anguish over his family and hated a society that both courted and exploited him.

Art is …… The Permanent Revolution – Documentary
Three contemporary graphic artists reveal how art has been used to promulgate social progress throughout history and its role in such change today.

Beautiful Losers – Documentary
This documentary profiles a collective of underground artists and filmmakers whose work made an indelible mark on mainstream culture in the 1990s.

PressPausePlay – Documentary
Explore the links between fear, hope and culture during today's digital revolution, which allows anyone with a creative spark to become an artist.

Ken Burns’ America: Thomas Hart Benton – Documentary
The painter comes to life through his paintings, home movies and interviews with those who knew him personally and professionally.

Klimt – Movie
Told in a series of visions, this dreamy biopic chronicles artist Gustav Klimt's battles for artistic freedom and his passions for various women.

Next: A Primer on Urban Painting – Documentary
A filmmaker scours the globe to document the changing face of urban graffiti and take a look at those who are elevating the form to new heights.

Our City Dreams – Documentary
A filmmaker tracks five female artists whose stories are tied to New York City in this biographic portrait shot over the course of two years.

Ai Weiwei – Documentary
This compelling documentary explores three years in the life of celebrated Chinese artist and activist Ai Weiwei, who uses social media and his art to inspire protests against the state, and suffers government persecution for his actions.

Eames: The Architect and The Painter – Documentary
This documentary tells the story of the husband-and-wife team of Charles and Ray Eames, widely considered America's most important designers.

The Gates – Documentary
After a 26-year struggle, two artists finally unveil 23 miles of walking paths transformed into a saffron-colored wonderland in Central Park.

Posted by john davis carroll at 11:31 AM No comments:

On display tonight 2/1/2013 @ The Late Show Gallery. "Winter Loop Drawing" is #7 of an ongoing series of small mixed media landscape drawings that have sold out!

Posted by john davis carroll at 11:04 AM No comments: